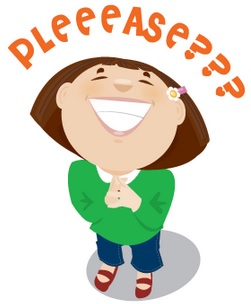 If you’re asking customers to do you a favor by ordering: JUST STOP IT!

Six words that should never be uttered by a Direct Sales consultant are “Can you do me a favor?”

Exception: the only time those six words should be uttered by a home party plan consultant is if she is asking someone to assist her by holding the door open.

Think about it. It’s backwards thinking. You are not in business so that customers can do YOU a favor.  You are in business so that you can make your customers’ lives easier, better, healthier or prettier (and yes to make a profit too!).  If no one needs or wants your product or service, then why bother to be in business?

If you’re trying to earn an incentive trip, you’re not earning it by begging customers to you do a favor. If you’ve been working your business throughout the qualification period, then you’d be earning it.

Don’t manipulate people to buy something from you or to agree to host a party. Can you really feel good about yourself and your business if you need to guilt or pressure people into buying? What message are you sending? You’re sending the message that you don’t really believe in your products or opportunity. END_OF_DOCUMENT_TOKEN_TO_BE_REPLACED 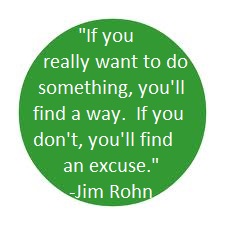 Every time consultants are up for termination due to inactivity I hear it: “I can’t afford to keep my [xyz direct sales] business, so I’m going to quit or I’m going to be terminated.”

I don’t understand that logic.

If you are struggling financially, and you already own a direct sales business, and also have access to great products that you can share and sell “¦ and earn money by doing so – why would you quit that? Isn’t that the answer to prayer? Isn’t this a solution to help you out financially? A few more crazy comments I hear:

“My husband doesn’t get paid until Friday.”

Not sure what a spouse’s payday has to do with your ability to pick up the phone and make some sales to save your account – unless of course the phone has been shut off due to failure to pay the bill. Then I’d high tail it to the public library to use the free internet. That way you can send emails and set up an online party. Then you can save your business and then continue so sell so that you can pay the phone bill.

“I can’t afford to stay a consultant.” END_OF_DOCUMENT_TOKEN_TO_BE_REPLACED 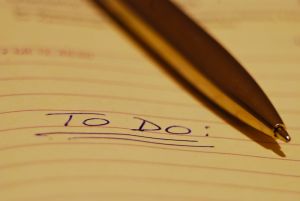 Below you will find a list of activities you can do. These are many of the activities that I do or have done.  Some activities you will want to do daily, others weekly and others less frequently. You do not have to do all of these. Consider it a menu of possible actions you can take.

It seems a blinding glimpse of the obvious to say that no two people are alike. Yet it never ceases to amaze me how much we compare ourselves to others; some try so hard to be like everyone else; and in the realm of direct sales, some consultants get upset and sometimes down right rude, because their leader, manager, director is not like some of the other ones they’ve heard about.

I was thinking about this last night. The autumn leaves have just barely given notice that they’re above to change into beautiful colors and then fall.   So the fact that I am talking about snowflakes on 13 September is pushing it a bit, though I know of no better analogy.

No two snowflakes are the same. Each has its own unique story and formulation and no two will ever be exactly the same. Sure many have some similar traits and similarities, but you’ll never find two alike, so don’t waste your energy looking for that sameness.

So why is it really an issue for some direct selling consultants that their director isn’t like so-and-so’s director. They get together at meetings, conventions, trainings, etc. and hear from each other how their director does this or that or that he/she doesn’t do this or that, and the consultants feel cheated or upset that “˜they signed up on the wrong team’.

That’s just stinkin’ thinkin’. Be aware that I am not referring to the leaders who don’t deserve the title, the ones who don’t lead by example and have no semblance of leadership qualities. That is an entirely different conversation and best held for a different post. Rather I am merely referring to difference in style and preference.

Some managers are very creative and enjoy constantly creating new flyers, trainings, webinars, trinkets, gifts, packaging, and other do-dads. Some consultants love that about their director. Other consultants consider it needless fuu-fuu.   Is it wrong or bad? No, it’s just different.

Other directors are very businesslike and treat their direct sales team more like they’re are running a corporation with shareholders and employees. There isn’t any fuu-fuu, in fact it seems all business all the time. Is that style wrong for a direct sales team? No, it’s just different. Some consultants thrive in that environment and others would rather have a root canal than be on a team like that. END_OF_DOCUMENT_TOKEN_TO_BE_REPLACED 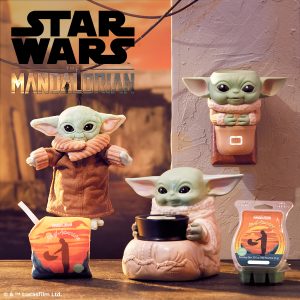