If you’re becoming increasingly frustrated with people, either via social media or in your offline life, chances are you may need to make some adjustments in who you are exposing yourself to. (I still giggle every time I say ‘expose yourself’ – I guess because I’m 12).

This topic has been on my mind a lot lately. Positive people practically break out in hives when they’re around whiners. And likewise, negative people don’t want to hang out with Suzy sunshine.

This morning I saw the above Winners attract winners … come through in my LinkedIn feed, posted by one of my local associates. I took it as a sign that I was supposed to blog about it.

What about team members? END_OF_DOCUMENT_TOKEN_TO_BE_REPLACED 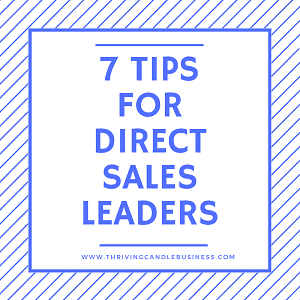 When you sponsor someone into Scentsy, you become a leader. As you grow your team you’re expected to lead. But what if you’ve never had to do that before?

I have a background and education in business, and I’ve been in direct sales thirty (30) years. But not everyone has that experience.  Many independent consultants who have a downline find it difficult to figure out how to lead a team, especially when it’s a new role for them. Below are my seven Direct Sales Leader Tips. END_OF_DOCUMENT_TOKEN_TO_BE_REPLACED 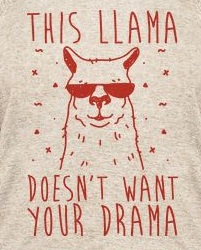 If it seems you’re always having to deal with drama within your team, guess what? It’s because you allow it.

You may not be able to control drama. But you can control what you allow yourself and your team members to be expose to.

Not everything said needs a verbal response. Silence is a response.

I know it’s sometimes easier said than done, especially if you feel you or your version of events have been inaccurately portrayed. But you can be the bigger person if you simply don’t engage.

As a leader of a team you also have a responsibility to the greater good. If you have a couple of consultants who feel it necessary to bring drama around others on your team, you’re allowing a negative work environment.

Imagine if a brand new consultant just joined, then joined our team page only to see a hornet’s nest of drama among consultants? Awk! That new person would be thinking “What did I just get myself into?”

Sometimes being a leader requires you to make some unpopular decisions. Remember: Think of the greater good.

This llama doesn’t want your drama.

It seems a blinding glimpse of the obvious to say that no two people are alike. Yet it never ceases to amaze me how much we compare ourselves to others; some try so hard to be like everyone else; and in the realm of direct sales, some consultants get upset and sometimes down right rude, because their leader, manager, director is not like some of the other ones they’ve heard about.

I was thinking about this last night. The autumn leaves have just barely given notice that they’re above to change into beautiful colors and then fall.   So the fact that I am talking about snowflakes on 13 September is pushing it a bit, though I know of no better analogy.

No two snowflakes are the same. Each has its own unique story and formulation and no two will ever be exactly the same. Sure many have some similar traits and similarities, but you’ll never find two alike, so don’t waste your energy looking for that sameness.

So why is it really an issue for some direct selling consultants that their director isn’t like so-and-so’s director. They get together at meetings, conventions, trainings, etc. and hear from each other how their director does this or that or that he/she doesn’t do this or that, and the consultants feel cheated or upset that “˜they signed up on the wrong team’.

That’s just stinkin’ thinkin’. Be aware that I am not referring to the leaders who don’t deserve the title, the ones who don’t lead by example and have no semblance of leadership qualities. That is an entirely different conversation and best held for a different post. Rather I am merely referring to difference in style and preference.

Some managers are very creative and enjoy constantly creating new flyers, trainings, webinars, trinkets, gifts, packaging, and other do-dads. Some consultants love that about their director. Other consultants consider it needless fuu-fuu.   Is it wrong or bad? No, it’s just different.

Other directors are very businesslike and treat their direct sales team more like they’re are running a corporation with shareholders and employees. There isn’t any fuu-fuu, in fact it seems all business all the time. Is that style wrong for a direct sales team? No, it’s just different. Some consultants thrive in that environment and others would rather have a root canal than be on a team like that. END_OF_DOCUMENT_TOKEN_TO_BE_REPLACED 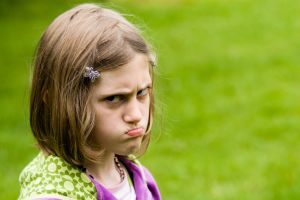 “You’re not my friend!” I distinctly remember those four words the first time they came out of my young daughter’s mouth. I clearly said or did something parental that she didn’t agree with.   I calmly responded with, “That is right, sweetheart. I am not your friend, I am your mother. And sometimes you will not like me very much, but no matter what, I will always love and support you.”

The same can be said in business.   Bosses aren’t always popular or well liked. Some business decisions are tough ones and some of your employees will scream “You’re Not My Friend!” The higher up the ladder you are the more you are exposing yourself to the masses. This is simply a fact that can’t be avoided.   What you do have control over is how you as a leader handle it when tomatoes are thrown your way.

The Direct Sales industry works a little differently. Downline members aren’t employees; they’re independent business owners.   Uplines aren’t bosses; their role is to direct or guide their downline to the available resources that will help them find their own answers; and to lead by example how to build strong independent teams. They should be involved in continuous improvement activities and in problem solving. END_OF_DOCUMENT_TOKEN_TO_BE_REPLACED