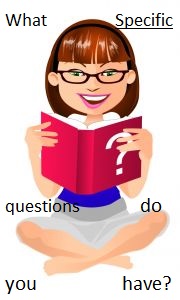 Being in direct sales twenty five years, I like to say that nothing ceases to amaze me. Yet I still continue to see things that make me scratch my head and no-so-silently utter, “wow.”

If you’re in direct sales, it’s likely you are titled an Independent Consultant (or Representative or Distributor or Manager or Director). Synonyms for independent are “self-contained” and “self-sufficient”.

I’ve been accused of being harsh because I expect independent consultants to be independent. I’m certainly here to mentor and help and support. I enjoy helping others build their businesses. Keywords are help and support. That doesn’t mean I do it for them. Remember the adage about teaching a man to fish?

I found a Facebook message waiting for me in my Other folder this morning: “All I get are emails from you (which by the way, I only send when I have with helpful information to pass along or that may benefit team member’s businesses). I need help. That team Facebook page isn’t any help (yes it is if she’d read it). The Training Center isn’t any help (it’s loaded with every topic imaginable in a variety of platforms – audio, video, text, etc.) and the Resource section isn’t helpful (documents up the wazoo) and either is that book that came in my starter kit. (She’s referring to the step-by-step start up guide).  I need help.”

Hmm. Okay. Do I really need add any additional commentary here? I merely responded “What specific questions do you have?”   I have yet to hear back. Then I started thinking about all the quotes, phrases, saying about initiative and helping yourself. Here are just a few that came to mind:

I found the information below online. I don’t know who to credit for compiling such a great list. Nonetheless, it’s chock full of wisdom about accomplishments, responsibility, excuses, initiative and success.

I’m wondering if after reading those forty-five above accomplishments, any direct sales consultant who previously thought of his or herself as dependent now has the confidence to do what it takes to be independent and accomplish some goals!

See you at the top!

About the Author: Laurie Ayers is a Michigan work from home mom and a Superstar Director with Scentsy Wickless Candles. She enjoys helping men and women start and maintain a home based business in the US, Canada, Australia, Mexico, Puerto Rico, Germany, Ireland and the UK. To download a FREE Start Up Guide which provides more details about how to start a home business as well as to learn about our compensation plan go to https://www.thrivingcandlebusiness.com/how-to-start-a-candle-business/