What Kind of Wax Does Scentsy Use in Candle Bars?

In answer to the frequently asked question, “What Kind of Wax does Scentsy use?” the following was response below provided by Scentsy Co-Owner and CEO, Orville Thompson. It first appeared in February 2006, and still holds true today.

Many customers have asked about the wax we [Scentsy] use and why. Here is the scoop.  We use a food-grade petroleum [paraffin] based wax. We chose this wax because of its superior scent loading ability, melt point and firmness.  We looked into vegetable based waxes, and we just couldn’t get a quality candle bar.

The issue of vegetable vs. petroleum [paraffin] waxes is raised primarily by vegetable wax candle makers because of the health risks associated with burning petroleum waxes.

Most of the scientific research I have read (as opposed to sales literature) suggests that there are plenty of health issues with burning candles of any type of wax. Switching to vegetable based waxes does not seem to reduce the health risks as much as the veggie wax people would like us to believe. The Scentsy solution is simply not to burn the wax. The wax is not burned, and therefore, not released into the air to pollute our lungs, walls and furniture.

The issue of the type of wax we use is a non-issue, with regard to the chemicals released while burning, because we only warm the scent out of the wax – the wax remains in the warmer. If customers have a question about what kind of wax we use, I always ask them why they ask.

This is because any answer other than “˜soy’ or “˜vegetable’ will put off anyone who is predisposed to using to using only vegetable wax, even if the logic explained later is sound. If they respond by saying they only use vegetable wax candles, or are asking out of simple curiosity, you can explain the Scentsy solution and how it is better than burning any kind of wax which put our products in the proper and positive light.

To put it simply, I would rather have petroleum wax in a warmer than a soy wax dispersed into the air of my home. Let wicked candle makers fight over relative safety. With Scentsy we practice “safer scents” – we abstain from wicks.

Now that you have a better understanding of what kind of wax Scentsy uses, and why, pick out your favorite scents here.

Before I answer how much a Scentsy bar costs, it’s important to understand what a Scentsy bar is and how long you can anticipate the scent will last. 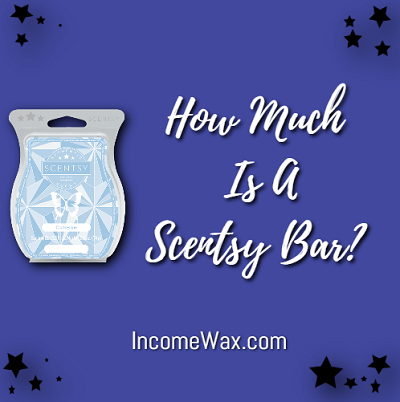 What Is a Scentsy Bar?

A Scentsy Candle Bar is a clam shell container of scented candle wax with eight (8) break apart sections or cubes. They are used in Scentsy electric wickless candle warmers. Depending on the size of the warmer and personal preference, most people use 1-4 cubes at a time.

How Long Does a Scentsy Bar Last?

How long the scent in a Scentsy bar lasts depends on personal preference. Everyone’s sense of smell is different, and there are so many variables that determine how often you would swap out your wax. Read How Long Does Scentsy Last to see all the variables and why it would not be accurate for me to give you a quantitative range.

How Much Is a Scentsy Bar?

During January and July of each year you can get most Scentsy for 10% at www.IncomeWax.com off while we make room for our new upcoming seasons. 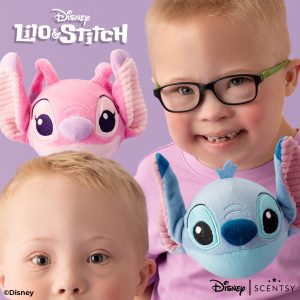